In the Pastoral and Sacramental Care of The Bishop of Ebbsfleet 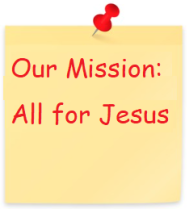 Over 10,000 people live in the community of Castle Vale, to the north east of Birmingham, in the English Midlands. The estate was built on the site of Castle Bromwich military airfield. Birmingham City Council gave the go ahead for construction from 1964 onwards and it originally accommodated people from the Aston and Nechells districts of the city. St Cuthbert’s Church started life in a temporary wooden hut; the present church was not built until 1973. The church building has a modern interior which gives a light, airy space. It is used not only as a place of prayer and worship but also as a base for other activities and organisations that bring Castle Vale residents together. The church halls are available for hire, please contact the Hall Bookings Secretary for information.

The historian William Dargue writes that "a monastic chapel was built in the vicinity in the 12th century, for brothers of Leicester Abbey. It was to be another 800 years however before the present parish church was built. World War I saw the requisition of Castle Bromwich Aerodrome by the War Office for use by the Royal Flying Corps. After the war there was continued military use. A church, named as St Mary’s was built for the military personnel living on the site. Dedicated in 1923 it was destroyed by fire only three years later. It was rebuilt shortly afterwards but later became redundant and was closed".

The Squadron was originally formed in October 1926 at RAF Castle Bromwich. Forty years later Castle Vale was developed on the site of the RAF base. S. Cuthbert's became home to the Squadron’s Colour, War Memorial and Roll of Honour. 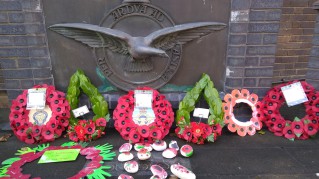 In commemoration of the fallen of 605 County of Warwick Squadron Royal Auxiliary Air Force who were based at Castle Bromwich from 1926 to 1939.

In remembrance also of the association of the Royal Flying Corps, the Royal Airforce and the aircraft industry during World War II.

During Father Cope's tenure in the parish, he has led annual retreats to the Shrine of Our Lady at Walsingham. These photographs are from the pilgrimmage in 2017:

"The Shrine was founded by the Lady Richeldis in 1061, destroyed by Henry VIII in 1538, restored in 1922 by Father Hope Patten, the Anglican Vicar of Walsingham - the Shrine has had an eventful history across nearly a thousand years. This medieval place of pilgrimmage, which rivalled Canterbury as a destination, was visited by thousands of pilgrims from all aross Britain and Europe. It became known as 'England's Nazareth' because of the nature of the vision that the Lady Richeldis experienced" ...

... "The Shrine was established in 1061 when, according to the text of the Pynson Ballad (c 1485), Richeldis de Faverches prayed that she might undertake some special work in honour of Our Lady. In answer to her prayer, the Virgin Mary led her in spirit to Nazareth, showed her the house where the Annunciation occurred, and asked her to build a replica in Walsingham to serve as a perpetual memorial of the Annunciation".

{... by reference of the Anglican Shrine of Our Lady of Walsingham website} Barmpot's is a small early years setting which offers childcare to children from birth to 5 years old. It is based at S. Cuthbert's Church, Castle Vale and a range of sessions are available Monday to Friday at competitive rates. Barmpots is Ofsted registered and can be contacted on 07562-383605 or by email to barmpots.nursery@hotmail.com

Our Lady of Walsingham

Of St Wilfred and St Hilda